In 2005 I found myself living at the foot of the Mourne Mountains in Ireland with my husband and children who were then 4, 12 and 14 years old.  Of course, having a young family and moving away is always a difficult time and I wanted to do something other than applying for what seemed like 100s of jobs every day.  I hit upon the idea of doing secretarial work online to supplement my temping work. 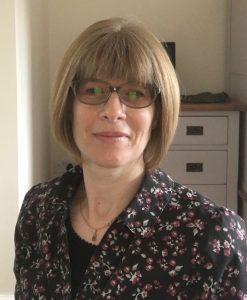 Getting Ahead of the Race

My background was suitable having worked in offices for 20 years in a variety of sectors so thought I would give it go.  Social media hadn’t taken off so promoting an on-line business was not an easy thing.  The one advantage I did have at that time was VA businesses were a relatively new thing and therefore my clients found me with a simple google search.  I say clients loosely, it was one client – an Expert Witness, but he was a good one and we built a good relationship.  I was proud of the fact that the work I was doing was helping my client to make his case in Court.  It felt good.

Fast forward a couple of years and I was back in the England.  My marriage had broken down and when things were tough I used Open University study to give me a positive focus.  It took me a total of 10 years to get my honours degree in Business and English Lit but it left me a good position to apply for the full-time job I so desperately needed. I got a good job working in the third sector for a local hospice.  Initially I was ward clerk and then PA to Chief Exec.  There was plenty of room to grow my career and was looking to move onwards and upwards.

A few years down the line – the kids were growing up and the money was enough to live off.    However, there’s always that one thing that can change all of us…. Yep, the heart.  Three years after my start at the hospice and after a spate of online dating (which for me frankly was a path to misery), I met the man of my dreams – really it can happen in your late 40’s when everything is sagging!

Life After 40 (Oh! And the Small Business Bug)

This man was someone I had known for over 20 years through a work colleague when I was a legal secretary but we had always been in relationships when we met up.  We knew straight away that we were right for each other and had moved in together within a couple of months and married a year later.

Now to get to the crux of things that has relevance to VA work – my husband had been running a small business for 20 years and the one thing holding him back was good admin especially as he is dyslexic.  He had been through a few bookkeepers/administrators but because it wasn’t their business, they never took ownership and nor did they have the passion needed to turn things from a functional business to a successful one.  So, I took a leap of faith and went self-employed as a Partner in the business on March 1st 2014 and what a life changing moment that was.  You might think I’m being over-dramatic but once you have been self-employed you never want an employed job again.  Ok, so the hours can be long and nights sleepless at times but the feeling when things go well is well worth it.

The business has been a great success with year on year improvements in profit.  but we are looking to move away from the area this summer and have interest from parties wanting to buy our business.  For the last six months or so I have been lying awake at night thinking of all the businesses we could set up.  We considered setting up a narrowboat hire business and running an outdoor centre to name just two.  They all seemed like fun but the capital investment was high.  I woke up one morning and it all came back to me – online secretarial support.  I don’t know why it took so long, I had over 25 years’ office experience and now had the advantage of having run a business already.

Pretty much the next day I was buying a domain and within a fortnight I was ready to give it a go.  I still have a few more months in my existing business but that means I’m fortunate enough to have an income to supplement a fledging new business.    I’m able to do a slow start without needing income immediately and I’m now juggling my time between the infinite tweaks setting up a new business and running my existing one.

Between you and me – roll on the summer when hopefully our main business will be sold. The time is now right for VA businesses and although the sector is now very competitive I’m seeing a real collaborative approach between VA’s – I’m determined to make it work some 15 years after I originally decided to give it a go!