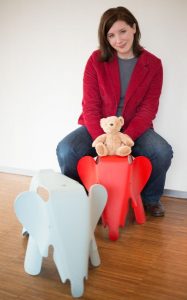 I had an amazing amount of emails about my article on flexible working and motherhood – I get a few emails or tweets for blog posts usually but this has been unprecedented. Admittedly some were denouncing me as a traitor to my own sex, I don’t really care – I was telling the truth.

But it also seems to have touched a chord with quite a few working mums, or aspiring mums-to-be… Most of whom were too nervous to post publicly but the general gist seems to be that they are fairly sick of their treatment in the traditional workplace and want to find something new. Indeed, according to one recent study 25% of employees think they are poor employees and 49% want to leave!

Some of the messages I received were quite sad because there seems to be an undertone of fear to them – Can I really do this? What if I don’t make enough money? What if no one hires me? I do get accused of being a bit bombastic, but actually most of the VAs I meet are fairly positive people too. Is that because they work in a job that makes them happy and let’s them have their cake and eat it? Or is that kind of personality attracted to being a VA? I don’t know – it’s a chicken or egg situation…

However what I will do is lay out the ups and downs of being a self-employed mum in a straightforward way without any sugar coating. The problem is that starting a business almost always has a direct impact on the people you ask for advice – your family won’t want to give up time with you, trainers or coaches will want to sell you something, a lot of people have “The Fear” when they think about doing something outside the norm. I don’t have that sort of baggage, I’m merely telling it like it is.

Forget maternity leave: I had 5 weeks leave, I know one self-employed mum who gave birth at 11pm and was back at her desk doing payroll the next morning!!! It’s really hard going back to work so soon, and it’s made worse by all those other new mums saying stuff like “Oh I could never leave my baby that early!” or “I just couldn’t be so cruel as to do a routine with my little one”. Ignore them. They will be begging for you to tell them your secrets when they have to go back to work – their children will be a nightmare to settle at nursery and they won’t sleep either, whereas yours will because that is their norm. What you have to do is create a stable expectation of normal for your child – whatever you do, you have to be prepared to keep doing. Spending 24:7 on maternity leave and then going back to full time work isn’t really fair on children. Bear that in mind in those hard early days, and feel annoyingly smug when you are playing in the park with your toddler whilst the office slaves slog it out at work.

You’re only as good as your last job: Each and every job you do has to be great. That’s how you’ll get more work. It’s hard when your baby has decided that sleep is for wimps or you have flu. But you’ve still got to churn it out by the deadline. No excuses, no one cares.

Do not fire the nanny! You will need some childcare each week during business hours and a minimum of 20 hours a week in which you can work. Your traditional working hours are for scheduling client phone calls, for getting to the post office and the bank, for concentrating on important regular tasks like accounts, marketing etc. Your evenings after the kids have gone to bed or early mornings can be used to do the actual work, although you have to make sure your family is on board with this as it can create tension. Of course you probably won’t need as much childcare as someone working a traditional 9-5, that’s a nice wee perk!

Don’t like sales? Being self-employed, no matter how you dress it up, involves selling. Now believe me, I am not a smarmy sales guy with a dodgy suit, there’s much nicer ways of marketing yourself than that. But it won’t matter if you are the fastest typist in the universe if you don’t get any work. Think bums on client seats and show me the money! Cashflow is king, you need money to make this work.

Think worst case scenario: There will be times when you just can’t answer the phone and be professional. Get a call answering service to pick up the slack, it needn’t cost much per month but will mean you will never miss a call. 7/10 people hang up when they hear an answering phone, that’s business you’re losing. Get a smartphone so you can check emails on the move. Make sure your website is properly optimised and easy to find. You want the services you offer to be easy for someone else to do if you get stuck – and you will get stuck, it’s just life. You’ll break your hand or a child will be sick – swap cover with another VA. Some eejit will cut your broadband connection, have a mobile dongle to make sure you stay connected. Your computer will melt, make sure it’s an automated off site back up.  Back ups should be built into your business model.

Need a regular pay cheque? I really did – I had to pay my mortgage! But I put it onto a flexible plan which gave me just enough wiggle room to survive those early months. The first 6 months or so really need to be bankrolled so you don’t fall into the trap of selling yourself cheap in order to pay the bills… therein lies madness.

Personal responsibility: This one is so huge that it’s actually the single defining factor in whether you will be a successful VA. You have to take personal responsibility. If you have a habit of passing the buck, or making excuses, or leaving the work to someone else, it doesn’t work when you are self-employed because YOU ARE THE BUSINESS.

The good bits though are immeasurable – I get to spend time with my kids that I’d never get from a 9-5 job. I get to hear them come out with some hysterically funny comments, I don’t miss assemblies or the Christmas concert. It’s time you will never get back… Make the leap, but make it with your eyes wide open!