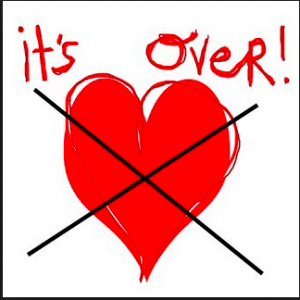 So you’ve made it! You are a VA! You don’t have to commute anymore, you work your own hours and the best part is that you get to choose who you are working with.

But in pursuit of new clients we often forget, that it’s not just the client that chooses us, we are ALLOWED to choose the clients we want to work with. Something I had to learn the hard way.

After hard work of acquiring my first few clients, I finally got what every VA dreams of – a referral. I followed up the lead. A phone call later we were meeting for a coffee to discuss the brief. To say that I was excited is a big understatement.

It was like going on a first date. Flawless make-up, carefully thought through outfit, hours of research and I was ready.

As I arrived in a coffee shop and saw the person I was meeting, my heart flipped… and not in a good way. It was that dreaded feeling you get when you arrive on the first date, see this guy for the first time and instantly know it’s not going to work. That’s exactly how I felt.

But I wasn’t a twenty something youngster on a date, I was a professional VA courting a client. Our coffees had arrived and we started discussing the support I could offer.

Although I had all the answers ready and sounded enthusiastic, I really struggled to imagine working with said individual. Everything inside me was screaming against it.

But I was adamant to give it a go. So we signed the contract and just like that I had a new client.

From the first hour, I hated every minute of it. There was no chemistry, no respect, no… well, nothing that a normal working relationship would have.

I would get phone calls at 7.30am and 8pm, and on a weekend. And although I wouldn’t pick up the phone outside of normal working hours, I had long voicemails to listen to, often criticising the work I was doing.

I began dreading opening my emails, there was never anything positive, let along appreciative.

After a week, I started having problems sleeping, my concentration plummeted to the point I couldn’t support my other clients and I had a constant knot in my stomach. I was trapped in the hell of my own making.

I couldn’t even cook a decent dinner anymore. One night, as my yet another cooking attempt went into the bin and was promptly replaced by a local fish and chips delivery, I was reading an article by this happy VA, who was talking about how nice it was to be a position to pick and choose her clients, instead of being stuck with one boss she was given.

The penny dropped. I suddenly realised I actually had a choice. I was ALLOWED to let go of a client. OK, that meant I would lose some money but what I would gain in return was priceless.

The following day I wrote my break-up email. Like an expert dater and a professional VA, I went down the route of ‘it’s not you, it’s me’. Like a real bully and a ‘dumped party’, she never responded. I waited for the whole day, but she never even acknowledged my resignation.

That day I lost a third of my monthly income but for the first time in what felt like years (actual time – two weeks), I looked down at my phone without fear.

Within days I bounced back to my usual happy and productive state. A couple of months later I got two new clients. And they are fabulous.

That’s the thing about clients and relationships – you need to let go of toxic ones, to make room for the great ones. 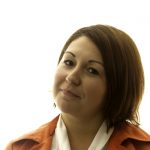