As Julie Andrews sang in the Sound of Music, we all have some of our favourite things and mine are usually gadgets and gizmos.

As a VA, these form my toolkit for success. There might be other versions out there, but for me I like apps which let me do things the way ***I*** want to do them, not the way they have predicted most people will use them.

Let’s start on my cornerstone app for an example: Smartsheet. The Smartsheet guys were very interested in why I as a virtual assistant was using their shared online storage – which was originally all it was. I kept on asking questions about changing some of the features to make it more versatile and had many conferences with their development team in Seattle to get it working the way I want. These guys are good, they are very good because for them it’s all about making people want to use the app. We run our call answering database off this, we run our prospect list off it, there is a worksheet showing availability which the VAs update themselves each week, as well as multiple client spaces including HR recruitment, event planning, bloggers, print companies… to name but a few! Try it out for free here including access to the VA templates: www.smartsheet.com/societyofvirtualassistants.

Next we have Hootsuite which was sort of superfluous to my needs for a long time. Everyone was really into Twitter and updating every 4 seconds, but I wasn’t really seeing the point. To me, it seemed like broadcasting twaddle into the universe in the vain hope that aliens might be listening and respond. It’s a big universe and I am one small voice.

I got that the idea was to build relationships with people, not simply broadcast sales pitches. I got that people did business with people they knew, liked and trusted. But in terms of my workload I don’t have the time to spend my whole day being interrupted by pinging boxes so my visits were sporadic and not enough to build the relationships needed to justify spending that long on it.

However, with the simple layout of Hootsuite you can pick up relevant info at a glance, blocking out the nonsense about cheese sandwiches, what the weather is like or pictures of cats. Checking the feeds only takes a few minutes instead of clunky searches and missed networking opps. Plus you can bulk upload your Tweets so that even if you aren’t online, your Twitter account is still working for you. You still need to log on to keep the personal aspect going, but it makes it hugely less time-consuming.

READ  No to email!

They do a free version, but the professional version has a load of cool features which is well worth it for a small monthly fee: www.hootsuite.com 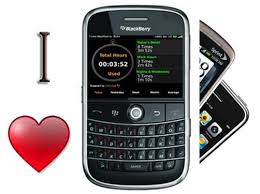 And finally, this is my all time favourite gizmo – my Blackberry. Now I know we have some iphone zealots here, including our very own Emma @ Virtually Sorted. But it’s definitely a business tool rather than the toy which the iphone is. It can handle more data, it has the ability to synch properly so you don’t spend your time deleting read emails to free space, its web browsing is admittedly less advanced than the iphone but it is able to open more attachments. I’ve been through two phones in the time that Emma has had to replace hers 5 times, and then I only needed to replace it because the scrolling ball had worn out.

What gadgets could you not run your business without?