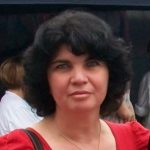 Being French is the UK has had its ups and downs but setting up as a VA here is definitely more straightforward than in France!

However I have kept in touch with my closest friends. So, naturally I told them about becoming a bilingual “telesecretaire” or VA to you and me…First reaction was “A What??”, apparently not as popular as you might think. After a short explanation, I was surprised to be told that “Hmm, maybe you should try Paris or Luxembourg but I don’t think it will work here!” (“here” being somewhere in Lorraine)..OK, then. Still, not to be deterred I applied gentle pressure and manage to get a couple of names out of my friend who did say I could mention her in my email if I “had to” but not that she was the one who gave me the contact details…Luckily another couple of friends seem to think it was a good idea although made it clear that they could never do such thing!

I think we need to look at it from a French perspective. Setting up a business in France is notoriously complicated and the “administration”, the red tape is a put off in itself but for those who do persist and manage to stick it out you might think that they will be praised, well, not so much in my experience. Often family, friends and more to the point the government will definitely finish them off, for you see, in France you are either on the “good” side, ie: “les ouvriers”, the workforce or on the bad side, ie: “le patronat” (“the bosses”).

Of course being a VA is not like being the CEO of a multinational company but still you have to be prepared to face your fair share of obstacles. You will still hear people ask you about your future, your pension and “how do you know you will earn enough to make a living?” and “what about insurance?” and so on, this is maybe why I have only told a handful of close friends and no family members and I do not intend to! Well at least not unless I have to. Why? I hear you ask…simple: I don’t want to hear that I “should get a proper job” or that it will never work, or worse the dreaded French go to answer, the flippant: BOF! non, merci.

After a bit of research I came across a 24-page PDF document about setting up as an “auto-entrepreneur”, Sole Trade. I stopped at page 9, not sure I understood much of it either but I can tell you that it is COMPLICATED! And the status has changed recently which may complicate things further for some VAs.

I have attended a few local networking events and so far and the reaction has been positive: “Oh, that’s a great idea”, “a clever idea”… a far cry from the French reaction!!

It’s not all gloom and doom though and I have read some French blogs and forums on the topic of VAs, some of them are doing really well, some have been going for a few years already so I see there is potential; I guess it is never easy or straightforward, just like in the UK, you need to put in a lot of work and then some!!

If you are like me, a VA abroad, please leave a comment, share your experience, how does being a VA in the UK compared with your country?