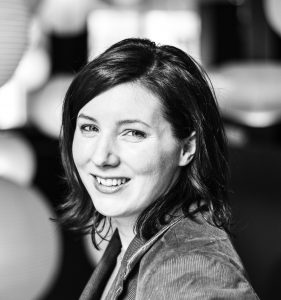 Caroline has been a Virtual Assistant (VA) since 2004 in her business, Virtually Sorted. With a background in music and advertising, she worked in the creative industries for over 10 years, both in London and Glasgow. Trying to avoid wearing a suit every day, Caroline switched into entrepreneur mode and has never looked back.

Virtual assistance in the UK was a fledgling industry in 2004, so she worked with a collection of VAs to educate the business community about virtual working which grew rapidly into the Society of Virtual Assistants in 2006.

SVA is the largest organisation of UK virtual assistants with over 2,500 active members, a forum, regular newsletters, the virtual assistant diary, and features to help promote best practice in the industry including pioneering the establishing of VA standards back in 2007.

SVA was recognised as a leading blog at the inaugural UK Blog Awards being a finalist in the digital tech category.

Along the way she has lectured at various universities in the creative industries, appeared on conference panels, conducted workshops and presented at exhibitions such as Office*, OMPA, NorthernVACollaboration and The VA Conference. Topics featured include:

In her role as founder of SVA, she has previously judged the VA of the Year Awards, runs the UK VA Survey each year and is the UK representative of the world’s first virtual assistant certification programme, VAcertified.

Caroline lives in Glasgow, with her husband Craig, their two young children and her crazy Burmese cat. Her mantra remains "I must wear jeans to the office".

Too late - you missed it!!  We will be running this again soon, so if you'd like to know first, please enter your email below.

Thanks for subscribing! Please check your email for further instructions.

Something went wrong. Please check your entries and try again. 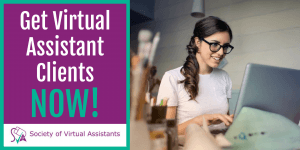 Get Virtual Assistant Clients: Being a VA can be a lonely job...  We tend to work alone and, as much as our families and friends want to be understand why we are so excited by landing another typing client, they don't really get it.  Having a team behind you to share your successes (and frustrations!) is key to being successful.  This course is focusing on marketing consistently and getting more clients into your business.  We'll be looking at proven techniques and strategies to increase the amount of leads, convert those leads and make more money from existing clients.  Essentially, we'll help you GET VIRTUAL ASSISTANT CLIENTS NOW!

SVA hasn't run very many of these courses recently - in fact the last one we did was back in 2012!!!!  Why haven't I done many of late?  Well, to be honest: I run my own VA business, I run SVA, I have 2 small children, I volunteer mentor young people one day a week... There's not a lot of time left over.  Crucially: my income has always come from being a VA, and I have over a decade's worth of experience being a VA.  Very few current VA trainers or coaches can say that.

Why "Get Virtual Assistant Clients" now?

We had a number of unexpected expenses running SVA in 2018 - technical upgrades, legal compliance, a drop in donations, we sponsor a number of industry events each year to make sure they happen...  So to keep SVA doing all the things it does, I've cleared space in my diary in October 2018 (newbies) and February 2019 (established VAs) - these are unique events, not to be repeated.

So what do you get?

The places will sell out quickly - we keep the course numbers small, so everyone has a chance to speak and we get to spend a fair amount of time on your individual challenges.