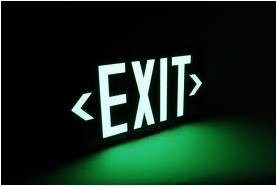 Brexit for VAs – what’s the overall effect?  I’m not a political beast – but I panicked on 24th June as the European referendum results were announced… And my inbox did not ping.  And it stretched into the next day, with just a couple of small bits of work coming in and some ongoing projects to keep the team occupied.  But this scares me: I’m used to it being busy and after the out vote, I needed to take a long hard look at the resulting effect on my business.

In reality it was month end which is always quieter for us, but that gulp of panic is going to be replicated in VA businesses across the UK.  So here’s my take on it:

Clients being based abroad

With just 5%* of VA clients being based abroad, it’s unlikely that exiting Europe will have much of an effect on VAs directly.

What may affect you is if you sell e-products to consumers within the EU (so books, digital downloads, pre-recorded webinars etc.). This changed from 1 January 2015 so that you had to pay VAT in the consumer’s country of origin rather than your own.  It remains unclear as to what will happen with this under Brexit.

The General Data Protection Regulation comes into force on 25 May 2018 and it’s likely to remain largely unchanged by the UK government adopting it.

For those purchasing products or services from outside the UK, the falling pound has effectively meant that that cost has increased overnight.  Look for products billed in $ – social media services, data back up companies, website hosts, emailing programmes, buying in services via portals like Fiverr.com… They will all be just a little more expensive thanks to the £’s nosedive.

Having said that, it also means our services are “cheaper” for foreign countries to buy in… An opportunity to trade with the US more?  Especially if you only work evenings as you can take advantage of the time difference and work in their mornings!

Most contracts will be governed under the law of England and Wales or Scotland (depending on where you live).  But certain parts of the contract may refer to European Law and will require checking.  Check your client contracts, subcontractor contracts and any accompanying paperwork such as T&Cs, website policy documents, cookie control etc.

What will affect VAs is the lack of certainty in the UK economy – people put off new hires during times of austerity, they don’t launch new businesses or new products.  The downturn in business will hit virtual assistants hard.

See also  Are you an established VA?

The big losers will be property, finance and government – try to make sure that you minimise the risk to your own business by making sure that no more than a third of your income comes from any one sector or client.

You may find that your local economy – particularly rural economies – is going to take a hit.  Be prepared and make sure you spread that risk.

Having said that, the industry is somewhat “recession proof” as we often pick up work when others have been made redundant or companies are looking to downsize their employee liabilities.  In every recession there are winners – look at Easyjet’s success in the 90s!

Overall we are lucky to be in an industry where we have flexibility over our business set up and can quickly adapt to suit new circumstances.  But I’d be interested to hear what your take on it is and how you think it will affect your business?